Who Was the Reason for the Season, Again?

We’ve been conditioned by lapel pins, T-shirts and bumper stickers to say that “Jesus is the reason for the season.” But what if that’s wrong? 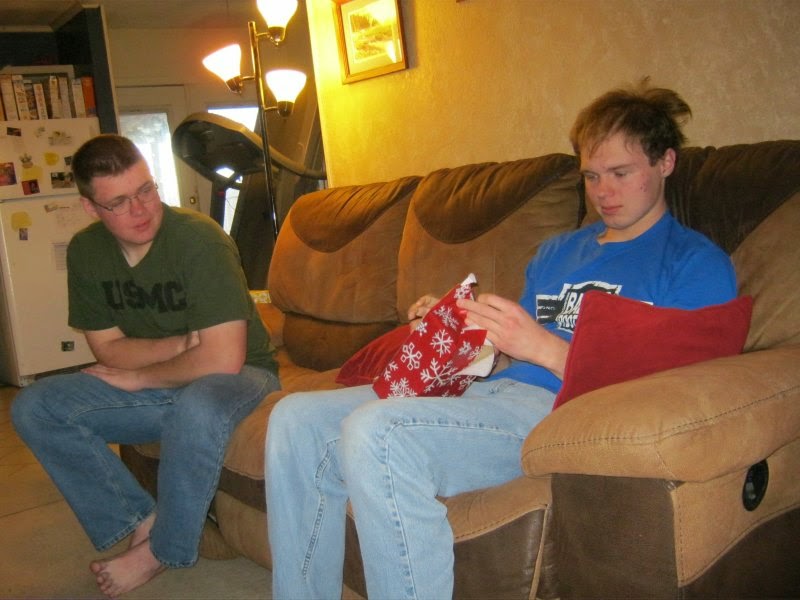 Now, it came about because people who celebrate Christmas as the birth of Christ perceived that the holiday was getting drowned out by all the trappings: gift-giving, shopping, eating, decorations, Santa, etc. So they wanted to remind themselves, and everyone else, that the reason Christians celebrate Christmas is because we’re celebrating the birth of the Son of God.

Leaving aside arguments about whether Jesus were born on December 25th or not (my response: who cares?), I’d like to think that we Christians can come together in joy over the fact that the Son of God was born. Born, lived, died, rose again … that’s big stuff!
Still, we’ve got this holiday—a whole holiday season—during which we celebrate that birth and it is annoying to see someone proclaim that “Christmas is about giving” or even “Christmas is about family” in such a way that they never even mention the Son of God. So we rebel against the commercialism or take down all decorations that don’t have the nativity depicted in/on them and tell people that Jesus—as opposed to gifts, shopping, eating or anything else—is the reason for the season.

But then again, maybe he’s not.

Recall with me, if you will, one of the greatest of all Christmas stories.  Jesus is traveling through Jericho, great crowds have gathered to see him, but one guy who desires to see the Lord can’t because of his height.  So Little Z climbs up in a sycamore to get a look at the Master and what does Jesus do?  Rather than just trying to avoid eye contact with the nut (ha!) in the tree, he stops and says, “Zacchaeus, you come down.  I want to eat at your house today!”

Being such a well-known Christmas story, you probably remember what happened next.  Zacchaeus takes Jesus home, they eat lunch (or, as it’s called in some cultures, “lunch”), and Little Z is so struck by the Lord and overwhelmed with love for him, that he vows to pay back everyone he has cheated.

You see, Jesus isn’t the reason for the season: you are!  He didn’t come because he had a cool song he wanted Isaac Watts to write (“Joy to the World”), he came because he wanted to find you!  So, this Christmas, I encourage you not to focus on a little baby in a manger, but the full-grown Son of God who came to find and save you!

Merry Seasonal Greetings to You!
Posted by Overstreet at 2:57 PM 1 comment:

Labels: Christmas, reason for the season

If Your Church Went Away

I have gotten in the past an advertisement that begins with a question like, “What if your church went away, would anyone notice?”  The implication is that my church is so inconsequential that no one would.  Therefore, I need to buy their product (or program or whatever) which will revitalize my church so that my city would notice it (if it went away).


Leaving aside the value of the offered program, I have been thinking about that question of, “If my church went away, would anyone notice?”


I think the answer is: it depends on how it goes away.


First off, are we just referring to the building?  If my church(building) [hereafter referred to as the CB] were to go away because someone torched it, that would probably be noticed because there are people living nearby.  It might even make the news, especially if it could be proven to have been a “hate crime”.  But the news would soon fade away, except that the local news might come back later and run a paragraph and a picture about the grand re-opening.  Otherwise, the story would soon fade from the collective consciousness.


The same might be said by other, more mundane methods of losing a CB: faulty wiring leading to fire, drunk plows his car into the building, neighborhood rezoned and plot of land turned into a Quick Quack (car wash or emergency care center).


Now, if the CB were taken out by something that was clearly an act of God—like a fireball from heaven plowing into the building leaving said CB as nothing but a smoldering hole in the ground while the rest of the neighborhood stays intact—that might be noticed a little more.  Might even make the national news—especially if there were people (hopefully not me, personally) inside at the time.  But, soon, it would disappear from the news and the minds of everyone except for those people who run those “end times” conspiracy websites*.


These scenarios aren’t really what the ads were talking about, though.  The church they are talking about going away is actually the group of people who meet in the CB.


Where did they go?  And did anyone see them leave?


According to the fliers—either implied or stated outright—we churches have lost influence in our neighborhoods/communities and, if we go away, we won’t leave a hole there, physically or spiritually and I don’t argue with that assessment.


With one caveat: are we talking about one church going away at a time?  This does happen from time to time and this is what the flier-writer knows and is trying hedge against (make a profit off of).  Second Church of the Lower East Side used to be quite a going concern, with a choir and a youth group and all but, over the years, it shrunk numerically.  Maybe the neighborhood demographics changed, maybe the whole town changed, or whatever, but it grew smaller and smaller until—like those grotesque and cheaply produced puppet aliens at the end of the Star Trek episode “Catspaw”—it just dried up and blew away.  No one—or almost no one—noticed because the influence was long since gone.  Some people may remember that church fondly and kind of wish it were still around, but a] it’s not a big deal to them and 2] there are lots of other churches around now.


Which may be a big part of the story of Lower East Side.  When first founded, it was not only the only church in that part of town, it was the only thing going at all in that part of town.  In the years since, several other churches have moved in and—in addition—the focus of the people of the neighborhood has been pulled away by their kids’ athletics, cable & satellite TV, the Rubik’s Cube and a general desire to sleep in on Sunday mornings.


The flier wants to provide a remedy (often at some expense) to this malady and show me how to “double my Sunday school in six weeks” or “create a rockin’ worship experience” or whatever.  Some of them even have ground-breaking—nay, even revolutionary!—ideas, like returning to the concept of the sufficiency of Scripture.


Without getting into the value or validity of their offers (in this blog, anyway), I’m still wrestling with that question of, “If the church goes away, would anyone notice?”  [The astute reader will notice this isn’t exactly the question as written earlier in the blog.]


Again, how is it going away?  A collection of fireballs that wipe out each individual church member (we’re not talking CBs here!)?  The rapture (as some envision it)?  I’m going to answer this question by saying that either yes, they would notice because this is a large portion of the world’s population suddenly turning up missing or no, because the non-millenialists were right and this was the end of the world, in which case there’s no one or no thing left to do the noticing.


If I’m “doing church” to be noticed, or if I judge the efficacy of my church (or CB) by the metric of being noticed, I am probably doing it for the wrong reason.  Like the guy Jesus talks about whose prayers are lifted up so he may be noticed by men and his reward is on earth (and, by implication, not in heaven), having my church noticed on earth is at best a side-benefit but likely a hindrance to what should be my goal (pleasing God).


Should I worry about the church going away?  No.  God’s pretty clear on that: there will always be at least a remnant on this planet until he sends his son to come and get us.


Should I worry about my church going away?  Again, that may be the wrong focus because 1] we’re specifically told not to worry and b] my focus should be on God and serving him.  If I am doing that, it will probably strengthen my local body.

* Which are kind of fun to visit and read, though they often have a grasp of scripture somewhere south of Joel Osteen (but still ahead of Rob Bell).
Posted by Overstreet at 5:11 PM No comments: