You’re in a car, speeding down the highway, unaware that a bridge is out along the path you are taking.  Do you want someone to tell you?

Let’s assume the answer is yes.  (This is a faulty assumption because, as I am about to cover in this blog, most people don’t want to know.) 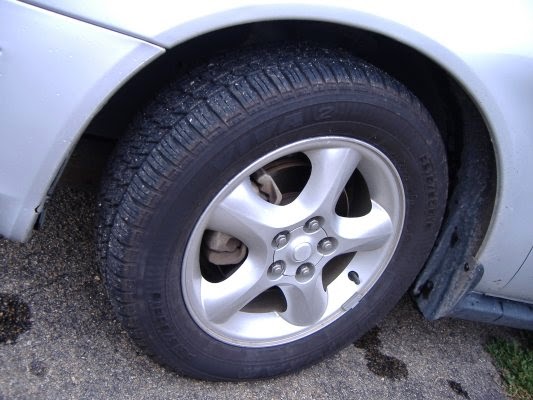 Anyway, if the answer is yes, to what lengths would you like bystanders to go to get you to stop?  If a guy standing beside the road, frantically waving his arms isn’t enough, how far would you like for him to go in this life or death struggle, especially considering it’s your life or death we’re talking about here?

Would you be OK with him, as you speed by and he reads his book, if he just thinks to himself, “Somebody ought’a stop that guy”?  How about if he looks up from the book and ineffectually raises his hand as if to say, “Um, you there, you might want to—ah, never mind, he’s already past”?  Would that be sufficient?

Or, would you prefer that he take extraordinary measures to save your life?  What if he were to go all Green Arrow on you and shoot out your tires with a special arrow that wraps a tungsten cable around the axel and jerks you to a violent stop which, possibly, gives you whiplash but saves your life as plunging over the cliff where the bridge used to be would lead to certain death?

Whiplash or death.  If it’s your choice, which do you choose?

The sign says “Bridge Out”, but what if you doubt the sign?  Maybe you’ve been burned in the past.  A friend of mine was tooling through the panhandle of one evening when he got flagged down by a trucker who seemed pretty frantic.  According to the trucker, there was a horrible wreck about a quarter mile up the road, at least one dead.  My friend gets on his cell and calls the highway patrol then goes up to see if he can lend aid.

There was no wreck.  No body.  Just clear highway.  The OKHP gets there and finds the same thing.  Check over the trucker and, while he’s not drunk or high, he is sleep deprived.  Apparently, he imagined it all.

But if it ever happens again, can my friend afford to ignore the warning signs just because of that time he got burned?  No, he’ll heed them because what if there really is a wreck up ahead and he comes barreling through at 70 mph?  Better to slow down and see if there’s anything to the warning.

Not everyone thinks that way.  They listen to warnings about impending disaster and ignore it because there have been times in the past when the disaster never materialized.  Or it happened to someone else.  And who gets to define “disaster”?  This man over here is saying the bridge really is out, but it’s not a problem so just drive on through.

Who to listen to?  Should we bother to listen at all?

What if, though, we find out the warning signs were accurate but it’s too late to avoid disaster?
Posted by Overstreet at 8:57 AM No comments:

Do Not Let Your Heart Be Troubled 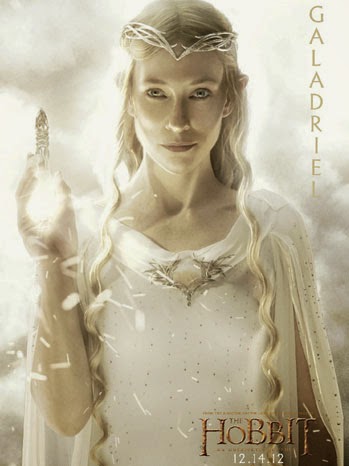 There I was, reading my Bible in a mostly daily fashion when I hit this like a tree thrown in front of a stagecoach in an old western:

Why did that verse catch me so?  I know I’ve read it before.  Many times, in fact.  I’ve heard it quoted many times, too.

And that was the thought that came to mind when I first came to a stop on this verse.  I wasn’t thinking about past readings of it, but of a past quote.  “Most of a quote” I should clarify.  For, in the movie adaptation of “Fellowship of the Ring,” it is Galadriel who says to Frodo, “Do not let your heart be troubled.”  (She may say it in the book, too.  I am ashamed to admit that I cannot remember and—at the moment—my copy of LOTR is at Scout camp with my oldest son.)

Galadriel is promising a rest from weariness to Frodo—and the rest of the fellowship—if they will but tarry a while in Lothlorian.  Thanks to the skill of the elves, they can keep the bad guys out for a time.

It’s a great line from a great movie, but it’s also just that: a line from a movie.  And, even within the context of the movie, it’s not a blanket statement.  Galadriel knows that what she is offering is only a temporary respite.  Eventually, Frodo and company will either have to get back out on the road/river, or evil will break down the defenses of the forest.  Like other stops along their path (most notably: Elrond’s house), Lothlorian can only shelter them for a time.

Jesus’s promise has no such temporal qualifier.  He goes on—in the next few verses—to promise his followers a room in the very house of God which won’t wear out.  No evil will ever encroach on it, let along get inside to spoil it.

Yet, there is something he asks of us—a key to the door, you might say: trust in God and trust in him.

How hard is that?  Incredibly simple, isn’t it?

Until we try it.  Then, it turns out to be one of the hardest things we’ve ever done.  Especially in the good times.  When laying in a hospital bed, or sitting next to one and watching a loved one slowly slip away, it’s pretty easy to trust in God if for no other reason than, “What else can I do right now?!?”

Often, it’s harder to trust in God when things are going great.  Bills are paid, no one in the family is sick, and there’s a good show on television.  It’s hard to trust in God at those times because we don’t feel an overwhelming need to do so.

As I write this, the wind is whipping by outside the window with such ferocity I keep looking up expecting to see pieces of the roof flying by.  It occurs to me to trust in God to keep the roof (and steeple) on because I sure can’t do anything about it.  But if I lose all or part of the roof, so what?  It’d be a pain and inconvenience, but not much more.  It might even do me physical harm or, if I’m lucky, kill me, but big deal.

That’s nothing compared to trusting God and Jesus with … everything.  Not just life or death moments, but those simple little moments that might turn into heaven or hell moments—for me or someone I’m called on to minister to.  I think that kind of trust comes only with practice and complete surrender.

Do I trust enough to surrender?  Can I surrender enough to trust?
Posted by Overstreet at 11:57 AM 1 comment: