Watching the political debates, what little I could stomach, anyway, made me think about what I knew was coming:


-- Everyone who already supported him was going to say he won.


-- Everyone who already supported her would say she won.


-- Almost no minds would be changed.


-- The media would spin it the way they were going to spin it no matter what happened within the debate itself.


It's interesting to be a Tuesday morning reader of this stuff, especially to read comments or headlines like, "Trump unquestionably won" or "Clinton the undeniable victor" ... sometimes on the same front page of the same newspaper (do they still print those) or web site.


We may argue that the referee blew the call and the ball was definitely in the air before the buzzer, or that the umpire should have called that ball a homerun, but the outcome is what it is. This team won and that team lost.


In the real sports, I mean, not those genned-up, fake ones, like pro wrestling or the NFL.


Somewhere, there is probably someone who has created a metric that tells who won a debate, but it hasn't caught on, and probably won't. Our debates aren't even debates. Whoever you thought won the most recent presidential debate (and I'm thinking it was probably Jill Stein, for getting kicked off campus before it even started), neither one of the participants would have even qualified for a high F in a debate class.


It's theatre. It's Show. It's a chance to pretend that the candidates are knowledgeable, acceptable potential leaders of the country. It's a chance for the media to act like they care about both sides of the issue(s).


It is, in this most recent case, anyway, a ratings bonanza.
Posted by Overstreet at 6:19 AM No comments:


"My grandmother lived to be ninety-five and never needed glasses. She always just drank right out of the bottle." ~unknown


I am fifty years old now and wearing my first pair of glasses. I don't know that it makes me feel old (everything is doing that!) but it is making the world seem like a moonscape. The ground is too close and has rolls in it, the table tops are trapezoid shaped and leaning away from me, and peripheral is a fun-house mirror.


But it's not as bad today as it was yesterday. Even as I look to this computer screen, I am seeing the letters better than I was yesterday. I have no-line bi-focals and there is supposed to be a range in the middle of the glasses for looking at computer screens. Yesterday, it seemed like it was about half a pixel wide, but today I can actually see the screen pretty well. Yesterday, reading was difficult as well because the "sweet spot for reading" was at the bottom of the frame. Way at the bottom. Like one line of text at a time, just above the rims, bottom of the frame. It's still not great, but already it's getting better.


The glasses haven't changed. And, honestly, the glasses work best when I don't try to find that sweet spot. See, if I stop thinking about it, I realize my head tilts to just the right angle for best visibility through the lenses. If I think about it, though, then I start tilting my head like a bobblehead, trying to find the exact right spot where things become clear.


And then the sweet spot seems to get smaller.


If there's a meta-message here that applies to something beyond glasses, I'm not sure what it is. Probably something about "trust".


But not blind trust, because that that would counteract the glasses.
Posted by Overstreet at 7:42 AM No comments:

Why "Home Improvement" is the 5th-greatest show of all time

There are pop-up ads—I’m sure you’ve seen them—that get your attention just because they purport to show or tell something outlandish. I got sucked into one of those recently about “Worst TV Shows of the 1990’s” because the show it used for its click-bait picture was “Home Improvement”. This got my attention because, of course, “Home Improvement” was not only the best show of the 1990s, it was the 5th best show of all time.

The great thing about the internet, like “the good thing about toe fungus”, is that we can throw these things out there without fear of repercussions, mostly because no one ever reads my blog, anyway. There are so many other blogs, articles and—of course—porn, out there, why would they stop off here to read what a used-to-be-minister and former-writer thinks about … anything? 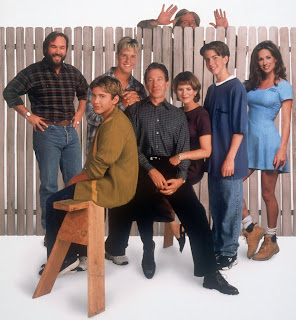 Another click-bait article (can’t remember what the attracting picture might have been) was a nonsensical article from the wonderful folks at the “Crawfish Boxes” (a web site dedicated to articles about the Houston Astros) about how the Astros are actually better than the Texas Rangers. After beginning with a premise better suited to The Onion, the author went on to detail how, position-by-position, the Astros were actually better than the Rangers. An innocent reader could be forgiven for thinking the writer had any idea what he was talking about, but only if they could prove conclusively that they were completely oblivious to the fact that the Rangers regularly beat the Astros like the proverbial rented mule. As of this writing, the Rangers have won 9 of the 10 games played against their cross-state “rivals”.

The purpose/dream of all such articles, though, is that such outlandish or inflammatory headlines will attract readers. Why we want them I’ve forgotten, but most bloggers do. So, anyway, here’s my list of greatest TV shows ever and why whoever put “Home Improvement” on a worst list is—probably nice as can be and uber-intelligent in all other matters—wrong.

1.       The Andy Griffith Show There is, of course, no disputing this assertion. Andy Griffith, Don Knotts, Sheldon Leonard, et. al. created television’s perfect show. From the opening theme music (admit it: you’re whistling it now), we are taken back to a perfect time that never was. Even though some argue that the show was somewhat inferior after Don Knotts left (they’re right), it was the number one rated show during its final season, so even a “weak” Andy Griffith is better than anything else on TV.

2.       The Dick Van Dyke Show Almost as perfect, Dick Van Dyke, Carl Reiner and (notice a pattern here?) Sheldon Leonard created another great show. It’s funny, it’s quotable, and what red-blooded American male isn’t in love with Laura Petrie? Richie Petrie gets a bad rap sometimes as not being a good actor, but I think the reality is that he’s always held up against Ron Howard, which is like being compared to Babe Ruth on the ball diamond.

3.       Maverick At a time when there were 31 other westerns on TV, Roy Huggins presented a new kind of western with James Garner (then, soon after, Jack Kelly) that soon rose to the top of the ratings—ahead of all those other westerns, as well as every other genre. Every episode is like watching a big screen movie with the excellent scripts and top-notch acting. Some have said that every anti-hero who followed—in the movies or on TV—owes a debt of gratitude to Garner’s roguish gambler who, when all else failed, could be counted on to do what was right (and get the girl).

4.       The Rockford Files Garner and Huggins struck again (though Huggins didn’t stay with it very long) in creating the best P.I. show of all time. Rockford was as quick with his wits as with his fists and was as likely to solve the case through guile as through wits. And it’s been written elsewhere (not by me, but the premise is correct) that the episode “The House on Willis Avenue” may have been the best episode ever written for television due to it’s incredible prediction of the shape of things to come, especially the crime of identity theft. (Go watch it and remember: this was made in 1977 before even Al Gore had heard of the internet.)

5.       Home Improvement Based loosely on Tim Allen’s stand-up routines about the emasculating of the modern male, HI provided eight years of hilarity. But go back and watch them if you haven’t seen them in a while and you may be surprised to find that they also found ways to deal with subjects like menopause, mid-life crises, hospice and what to do when you accidentally glue your head to a table. HI is a great, funny show, it just wasn't able to topple the four listed above (an impossible task, when you think about it).