Amazon is Not the Problem 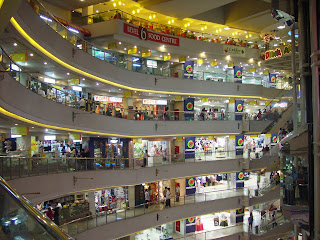 People, some of whom are actually writers—a subset within that who are even good writers—have written articles to lament the disappearance of these malls. Somewhere in the article, and in most other articles about the state of the American retail front, there will be a statement or two blaming the problem on the behemoth known as Amazon.

Can I offer another side to this argument?

No, I’m not saying Amazon is perfect. Neither am I saying that I’m happy these other companies are going out of business (and putting my friends and neighbors out of work). I’m just saying that if it hadn’t been Amazon, it would have been someone else. (For grins, look up an international company called AliBaba and then tell me Amazon’s the problem.)

Go back 80 to 100 years and look at the American neighborhood. Every neighborhood had one (or sometimes more than one) grocery store. It was about the size of our modern convenience store, but it had groceries and sometimes a few sundries. But then came super-markets, which drove the little stores out of business (and I’m sure there were articles in the paper then saying this was the apocalypse for American retail). Service stations got replaced by convenience stores, photo developers got replaced by digital cameras and personal printers, and newspapers are getting replaced by the web. And one of these days, something will probably replace Wal-Mart and Amazon—whether something bigger and less personal or smaller and more friendly, I have no idea (but it will be interesting to see). 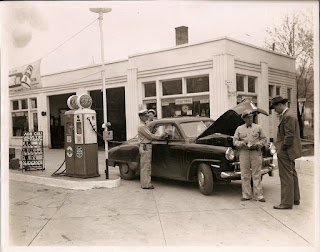 For anyone sitting here thinking, “Amazon’s too big to go away”, that was probably said about the above-mentioned industries. The thing is: things change. Right now, Amazon (Bezos) has been the beneficiary of spotting the change and jumping on it at the right time. He might continue doing that for the rest of his life, but the odds are that one of these days Amazon/Bezos will miss some indicator someone else saw and another company or industry will jump to the fore. Amazon will lay people off or Wal-Mart will close stores or Love’s will shutter some convenience stores. Yes, it will be hard on some people, and I’m not trying to discount that, but it’s not necessarily anything sinister.

It's Not Amazon's fault.

It’s just the way the world is.
Posted by Overstreet at 5:47 PM No comments:

Comic Books Are Not Comical

One of the many modern industries that is questioning how to maintain its existence is that of the manufacture and sale of comic books. This may come as a surprise to you, partly because there are so many comic book-based movies these days and partly because you didn’t realize they were still making comic books.

And therein, I contend, is the problem. But let me build to that for a few more sentences. 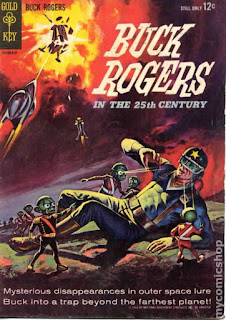 Comic books have been around for a long time, and their sales are actually up by some metrics. One slice of the problem is that there are so many slices. When you think of comic books—if you think of them at all (and probably don’t, which is part of the industry’s problem) is that you think of DC with Superman and Batman and Wonder Woman, and Marvel with Spider-Man and Captain America. But there are actually several other comic book companies, including Dark Horse, Image, and more. Each of these companies is producing multiple titles, so that in any given month the comic book fan could easily purchase more than a hundred different books.

See, part of the problem is that the percentage of the population who buys and reads comic books has remained fairly steady (increasing alongside the increase of the population in general). The uber-fan of thirty years ago, even a person of modest means, could have gone to their local place of comic purchase and bought all of the Marvel books for that month. The person of more modest means, or just more narrow fandom, could purchase all the books about their favorite character each month. Now, though, with comic books costing $3+ apiece,  its cheaper to eat at Saltgrass Steakhouse once a month than keep up with all the Spider-Man books. You multiply this problem across the demographic of people who buy comic books and it means that even though the number of buyers may have increased from forty years ago, the choices and costs have also increased so each individual title is competing for its share of the market and find their slice of the pie to be very thin.

The companies who produce the books know this, so they are putting more and more effort into advertising their product … mostly to that part of the population that already buys comic books. On the one hand, that’s standard marketing: if I am selling widgets, my first target is those people already in the market for widgets. But then, if I want to really expand my business, I need to convince people who currently think they don’t want a widget that owning one of my widgets would make their life better. 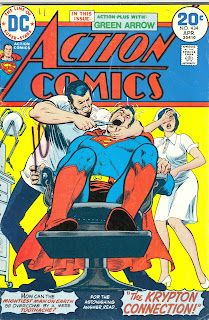 This is where I, personally, think the comic book industry has really fallen on its rear. Remember way back in the first paragraph how I said—in an apparent joke—that many of you didn’t know they still made comic books? (Take a moment and go look that up if you want.)  I was only semi-joking. Take the town I live in (please): 200k people and only three places in town where you can buy a new comic book (I only express it that way because you might find a used comic book at a garage sale or one of our many thrift stores). Two of those places are comic book shops (located about three blocks from each other) and the other is a bookstore which sells only a few DC titles. The town I moved out of about a year ago, population 15k, did not have a single place in town where you could buy a new comic book.

In other words: the only people buying comic books in this town are those who specifically got in a car and drove to one of these three locations. No impulse buying of comic books, except among the percentage of the population that was already going to buy some comic books.

As recently as twenty years ago, though, I was living and working in a rural Oklahoma town of approximately 2000 people and there were two different places in town where one could buy a comic book: the grocery store had about a half-dozen titles on its magazine rack and one of the convenience stores in town had a spinner rack with maybe two dozen titles. This was common in towns all over. Now, for those who really collect comic books (take them carefully home, put them in a PVC-free bag, a cardboard sheet to keep everything stiff, taped to keep the dust out, etc.), this is the worst way to buy comic books because they come pre-wrinkled. Especially if they were on a spinner rack, where gravity and little kids pretty much guarantee every book would have some degree of a crease across the middle. 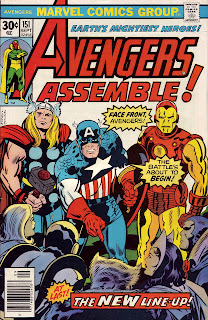 But here’s the thing: kids were seeing those comic books as they stood in line with their parents and they were saying, “Daddy, can I have a comic book today?” Dad (or Mom) didn’t give in every time, but sometimes they did, and suddenly you’ve got a kid who likes—maybe even is hooked—on comic books. Now, though? No kid in the town where I live is even going to know about comic books unless his or her parents take them to one of the three-above-mentioned shops. This means the next generation of comic book readers is going to be—at best—the same size as the current population of comic book readers while the general population of the country continues to increase.

So here’s what I, as someone who has devoted no more study to the situation than you’ll find here, suggests: bring back the spinner racks. Put them in every convenience and grocery store you can find. Maybe even create some “spinner rack titles” that are on cheaper paper, and/or have cheaper printing techniques*, so that they can be sold at a lower cost than what the regular books go for. Remember: these aren’t necessarily intended to be collectors’ items; they are just intended to get people who aren’t currently buying comic books to do so (and, hopefully, get hooked).

* If you haven’t seen a comic book in years, you’re still probably picturing in your mind the way they looked when you were a kid: cheap, pulpy paper, ink that came off on your fingers, colors that didn’t line up with the lines, etc. You need to see a modern comic book. The artwork and printing will blow you away. (And some of the stories are pretty good, too.)
Posted by Overstreet at 2:16 PM No comments: