Ministers—professional preachers, anyway—have been in the news recently, both nationally and locally.  And it hasn’t been good.

That, in itself, is a shame, on many levels. 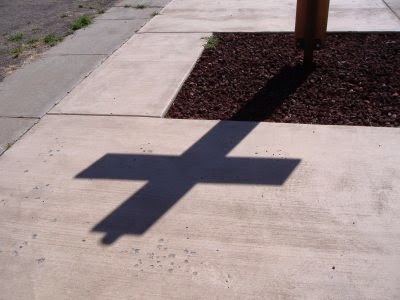 A few years ago I was sitting with a man whose father was on hospice.  I had arrived at the hospital as a hospice volunteer to sit with a man who was dying so that the family could leave the hospital—go home, maybe get a nap or a shower or just get out of the hospital for a while.  One of the man’s sons, though, kept thanking me for being there but not leaving.  He needed someone to unload on, and I was there.  (This happens a lot in hospice: people just needing to talk.  Most of them are pleasant, many are sad, I’ve only had to deal with one who was really angry.)

As the son sat there, talking about the passing of his father, I learned a couple things.  One, the man didn’t really like his father.  He loved his father in a vague way, but he didn’t like his father because—according to the monologue—his father had been hard and harsh and grumpy.  Still, he had provided for his family and taken good care of his wife (their mother), so there was at least some respect for that.

The second thing I learned from this son was that all church ministers/preachers were money-cheating crooks.  Every single one of them.  All they were in it for was the money.  Yes, he knew I was a minister but, while he never accused me to my face, it was clear he was painting me with the same broad brush.  As I thought of my one-car, one-bath existence, I listened respectfully and tried not to argue or laugh.  I did wonder where he had gotten this idea because, as the conversation (monologue) wore on, it seemed like he had only once in his life had any sort of lasting relationship with a minister or church.  I knew the building (not far from where I sit right now) and the man who had been the minister there when this son was young had been someone the son admired.  Loving, good teacher, impoverished.  Somehow, somewhere along the line the son had gotten the idea that all preachers were just in it for the money and would not be disabused of that idea.

I thought maybe he had a story—and, sadly, there are plenty of them out there—of a minister who absconded with some funds or cheated a widow out of her legacy.  If he had such a story, he never told it, to me, anyway.  Maybe he had just seen the stories on the news of mammon-obsessed preachers, but I don’t think so.  It seemed too personal.  Still, I imagine that the stories on the news only fed his preconceived notions.  The son wasn’t a moron.  He knew about local ministers who fed the poor, sat up to all hours at the hospital, visited the elderly, but he ascribed to us—one and all—bad motives.

(This, I am convinced, is how most prejudices work.  They may begin with a legitimate gripe against one person, but the Enemy creeps in and—through news stories and the anecdotes of “friends”—convinces us that our one-time experience is the norm.  Jim-Bob Smith has had one bad experience with a member of a certain ethnic group—against many many good experiences, for instance—but he has allowed himself to be convinced that the bad experience speaks for everyone of that ethnic group and the myriad good experiences were all aberrations.)

So anyway, nationally we have a popular and well-known minister being asked to step down from the pulpit for a time because—at the very least—he seems to have let his fame go to his head and—at the worst—he has become a spiritual and emotional bully.  Locally, we’ve had a couple ministers asked to resign their positions for, shall we say, “indiscretions”?  Like everyone else, I’m wondering (in regards to both the local and the national stories), “What happened?  Surely these guys had to know they were going to get caught!  Why throw everything they had worked for away?”  I have been praying for their families and the churches they formerly served.

But what is especially bugging me is that, as a minister of the gospel myself, I know these “ministers” have just helped fuel the thoughts of people like the son previously mentioned who will look at all of us—Christians in general and ministers in particular—and think, “Yep, that’s what they’re all like.”

[P.S.  I mean that my house only has one bathtub, not that I only take one bath a year.]
Posted by Overstreet at 9:04 AM