The Church Must Change

Recently, my attention was drawn, via Facebook, to two different blogs by two separate bloggers (can’t remember if I were sent them by the same person) dealing with the same problem: why the church is losing millennials.  In both cases, they were appended with notes that read something like, “Well-written article.”

And they were.  They both contained nothing but correctly spelled words, the grammar was impeccable, and the syntax was fully paid-up for the fiscal quarter.

They were also remarkably similar. 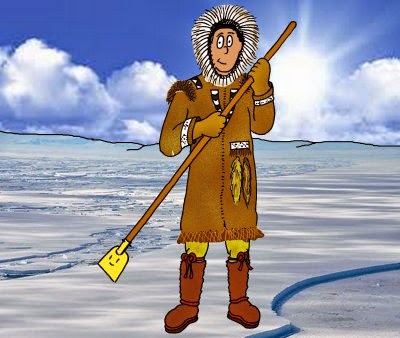 Now, both of you who are still reading to this point, don’t get me wrong.  I’m not saying that the articles are wrong, I just find it interesting that every generation has to get to the point where they think they’ve got it right.

Take these two articles I was recently made acquainted with (please).  The gist of both was that millenials (a term undefined in either article but we’ll let that slide for now) are leaving the church because they find it irrelevant.  That could be, but it’s also true that for the last few decades almost everyone leaves the church they grew up in between the ages of 18-25 and only a small percentage of them ever come back (to any church).  I do not deny the possibility that this is the church’s fault, but I also think the generation itself bears some responsibility.  And, let’s not forget, there is an Enemy who wants to keep people out of church and those years are an especially vulnerable time for everyone as we try to figure out our place in the world and where in it we go to get married, find a job, make meaningful friends, etc.

Getting to more specific charges (which were also the charges made 10, 30 and 2000 years ago), the millenials don’t want a superficial church (amen!).  They want a church that deals with real issues, like how to serve the poor (locally and globally).  They also (in both articles) want to be assured that the church will treat well their friends who are living in unrepentant sin.

That one bugs me.  It was in both articles, but neither offered a recipe or outline for what the author/blogger was hoping the church would do (just a vague fear that we would inevitably do it wrong).  As a person who fights cynicism on an almost daily basis (some days I just give in to it), what I am thinking when I read such blogs is that they want the church to welcome their friends in no matter what and ignore or rationalize the sin away.  I have a problem with half that statement (the second half).  At the church where I serve, our motto is, “Welcoming everyone, wherever you are, to be a growing follower of Jesus.”  I stand by that and we work hard to make it true.  We try to welcome everyone (and I think we do a pretty good job), but we’re not satisfied to let ourselves or anyone who worships with us stay where we are.  Is the sin in question sexual, verbal, physical, mental?  Doesn’t matter.  We want to provide a loving environment in which the Holy Spirit can help us work together not to embrace sin but to let that Spirit wash it away.  I hope this is what the Millenials want.

As to the poor, I agree that most churches aren’t doing as much as we can to help the poor.  And, if you read back through Jesus’s words—as well as the rest of the Bible—you’ll find that taking care of the poor and ministering to them is a high priority.  I appreciate that these Millenials want churches that will take up that mantel, but I wonder if they realize that most of these churches that they are leaving in droves are ministering to the poor already.  Maybe it’s not in a big way, and certainly, it can be done better, but it is being done.  These churches the Millenials are looking down on and walking out on, they are participating in a soup kitchen, gathering clothes against winter for the underprivileged and taking worship services to care homes and orphanages.

I would encourage any Millenial (or anyone else) who would like to see their church minister to the poor to a] jump in with an existing ministry, 2] strengthen that ministry, so that they can c] have the standing to suggest ways the ministry can be expanded and improved upon!  It’s a lot easier, though, to either just drop out or jump to another church that already has the program together and all you have to do is plug in.

Instant gratification.  That’s what’s really desired here, by Millenials, Gen-X’ers (which is what I think I used to be—or maybe I was Generation Y, as in, “Y do we keep coming up with these stupid labels?”) and everyone else.  We want what we want now.  No 40 years in the wilderness for me!

This is the real reason people of all ages have left and are leaving the church.  It really has very little to do with style of music, outreach to the poor, or the church’s stance on whatever the sin du jour is.  By it’s nature, any church worth it’s salt is going to provoke its members/attendees/adherents/whatever to be something they aren’t.  To minister to both the poor and the rich, to look out for orphans and widows, to love and good deeds, to take up your cross, to be holy.  But in a culture where we are each told our own personal hearts are the best and final arbiter of what is right or wrong, to go into a building where some man or woman points to an ancient book and says, “Jesus is the way and this is his map” … well, that just ain’t hip, dude.

I do think the church needs to change.  There are things we do only because we have always done them—not because they work (pragmatism), because they never did.  There are things we don’t do for the same reason.  And I want to keep asking questions about these things that are, in reality, just forms, not substance.  I want to find the substance, hidden though it may seem at times.  And I don’t want to leave the church to “find something better” because—from where I sit—it seems that most who do so quickly stop looking and settle for nothing.  I want to stay in the church and try to make it better—not by my standards but by God’s.

P.S.  My spell-checker really hates the first sentence of this blog, recognizing neither “blogs”, “millenials” or “Facebook”.
Posted by Overstreet at 7:24 AM

Labels: church, Gen-X, millenials, why millenials are leaving the church